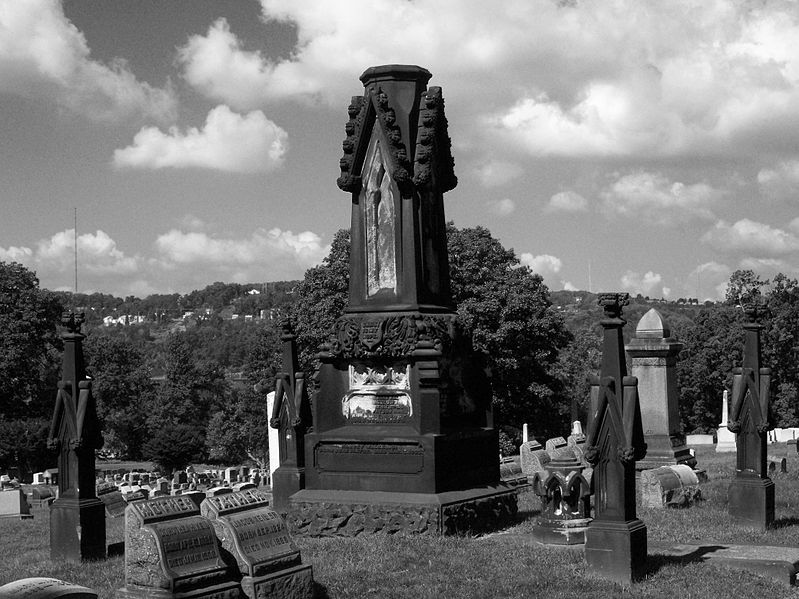 Apparently this sandstone Gothic fantasy was considered a masterpiece of the stonecutter’s art; as the cemetery’s site points out, it was photographed for a commemorative book about the cemetery in 1873 (the photographs in the linked copy have faded badly). It originally had a tall spiky pinnacle that nearly doubled the height of the monument; that may be the very top of it sitting in front of the monument (to the right in this photograph). Years of heavy industry have made this just about the blackest monument in the cemetery. The four Gothic spires mark the family plot of the Carrs and Walkers buried here. Mr. Carr must have been rich, but he has left no trace in city directories. This is, however, one of the few monuments in the cemetery signed by the creators: Bulman & Glaister have left their mark prominently on the front of the monument below the main inscriptions.

And now would you like to hear something just a little scary? From the cemetery’s site: “In the 1873 picture a man stands shoulder-deep in the pavement next to the road with a trapdoor-like slab raised behind him, so that a tunnel must have led beneath the monument. ” In other words, like some sort of Gothic mushroom, this may be only the external manifestation of some large underground mausoleum. But no one—not even at the cemetery—knows for certain. The bronze lip in the picture below does, however, look very much as if it were meant for lifting. 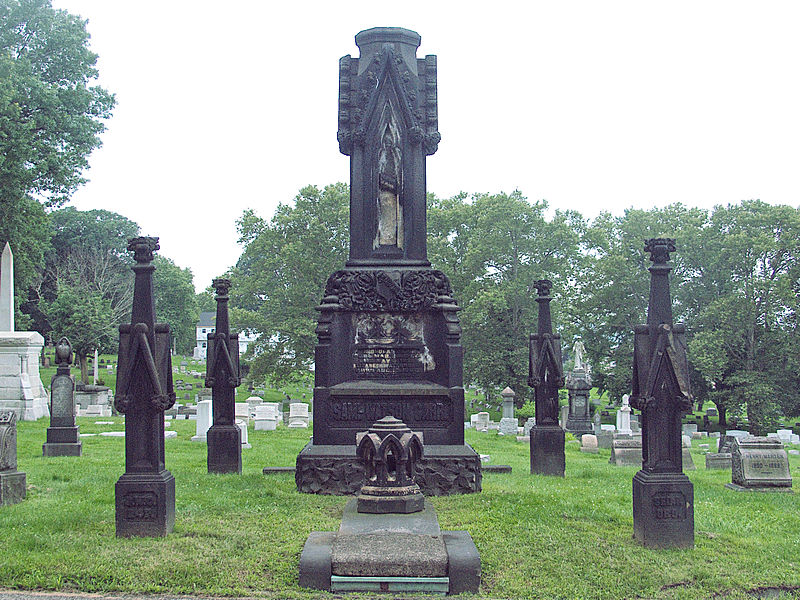