One might expect Henry Clay Frick to rest in a huge mausoleum, but in fact when he went to see Mr. Carnegie in hell he was buried in a modest grave overlooked by a large but very plain classical monument. The rest of his family is also buried here—even Helen and Childs, who refused to speak to each other after the reading of their father’s will, are buried in the same plot, although almost as far apart as possible. 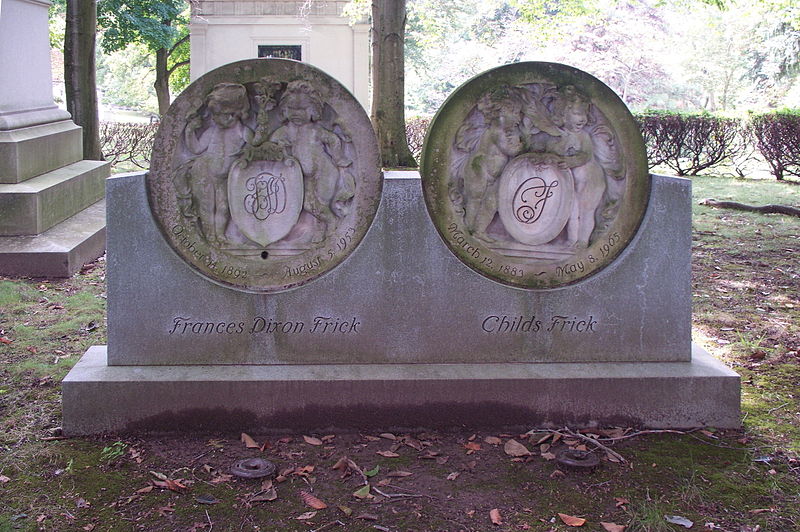 The graves in this plot all match, except for the monument to Childs and his wife, which is entirely different. All the matching graves have places for flower urns, and when Father Pitt visited, someone had left artificial roses for Henry and Adelaide.