Tombstones in the Zelienople Cemetery

The Zelienople Community Cemetery, as it is now called, has grown into a fairly large institution with a surprisingly huge community mausoleum. One section of it, however, is the old town burying-ground, and here the early settlers rest under locally-cut tombstones, many of which are still legible after the better part of two centuries. Here we gather a number of tombstones that show the clearly identifiable style of the same stonecutter, who was prone to errors, which he corrected by any means necessary. He worked for many years, but never overcame his sloppiness. The loop around the I in “In memory,” the strangely narrow S, and the form of the ampersand are all distinctive.

One might think that the one word a stonecutter would know how to spell would be “died.” 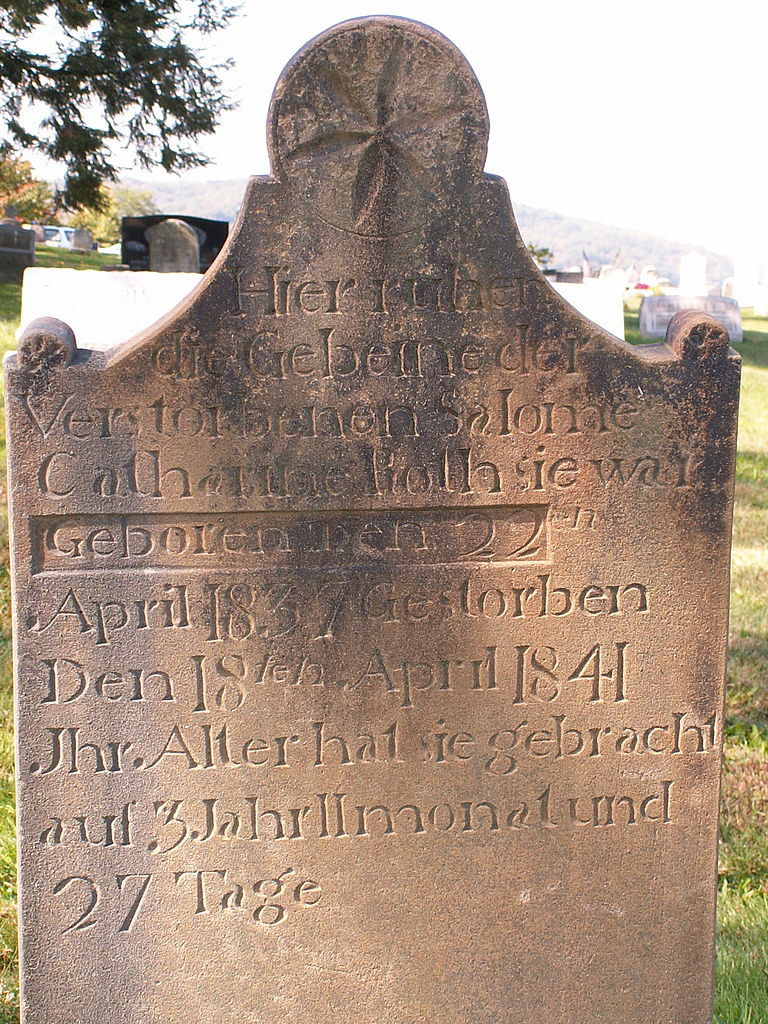 Although this stone is in German, the letter forms and the little flower or star pattern at the top mark it as the work of the same stonecutter, who apparently messed up the word “Geboren” and the date so badly that he had to slice out that whole section of the stone and start over. 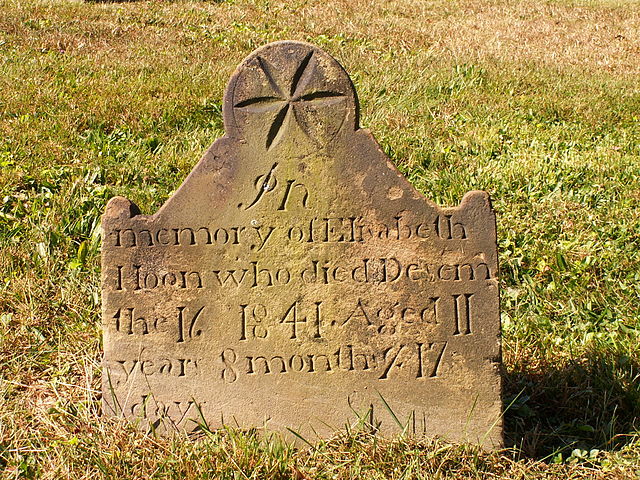 A stonecutter should also learn to spell all the months.

Here he left the H out of “Goehring” and had to stick it in above the name. 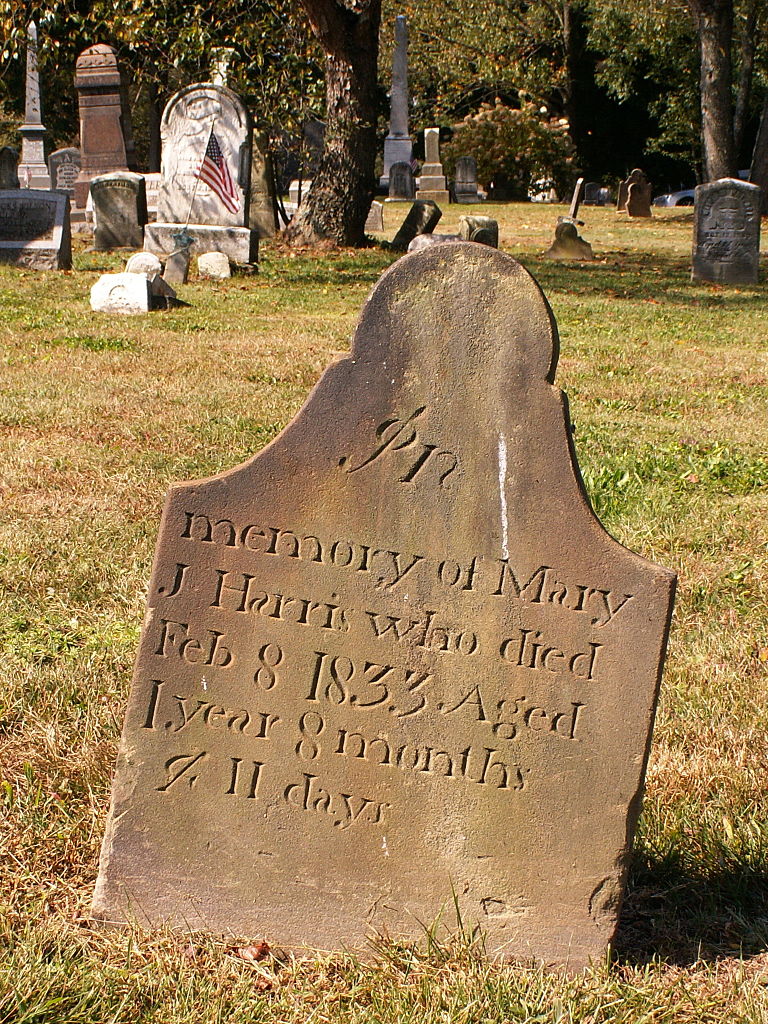 One is tempted to read “Meihael” as a misspelling of “Michael,” but it seems to be not unheard-of as a German name.

Father Pitt believes that “goll” is Marion’s family name, but he is not absolutely sure. It is also possible that the name is “Rossgoll.”

It must have been hard to maintain an optimistic outlook as a stonecutter in nineteenth-century rural America, when stones for children made up the larger part of one’s business.

One response to “Tombstones in the Zelienople Cemetery”