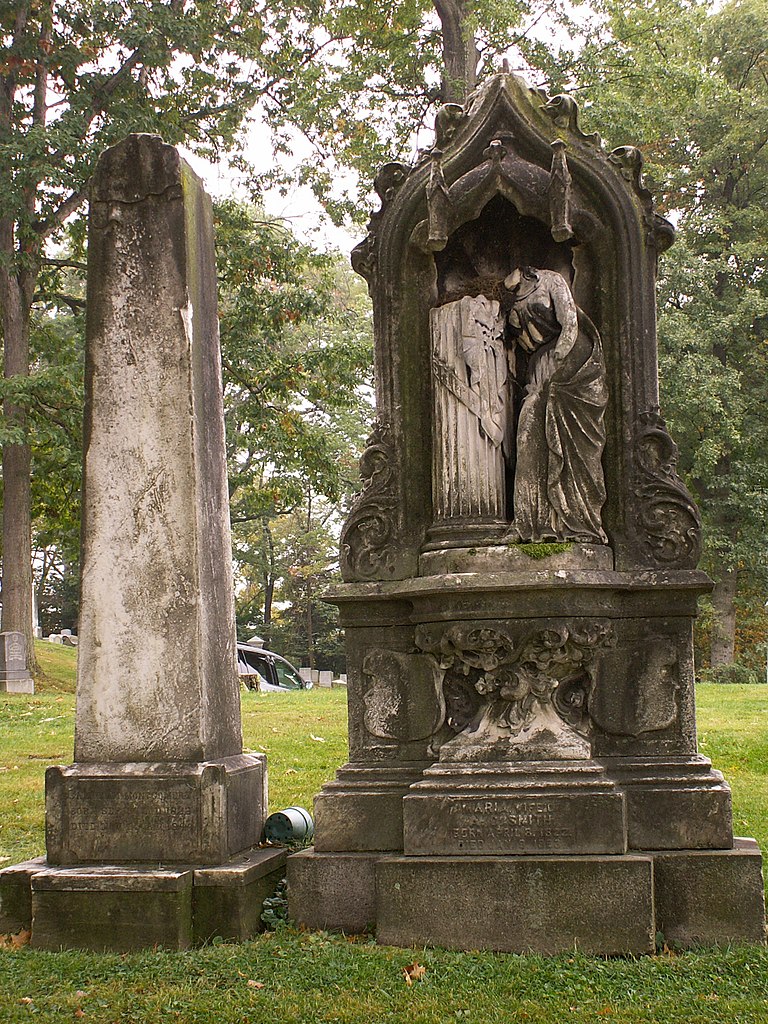 There is a bit of a mystery to the Samuel Montgomery monument: it gives the date of death as 1844, which is a year before the Allegheny Cemetery opened. Cemetery records say that Mr. Montgomery died in 1847. A close look at the base suggests that it might be a sort of marble palimpsest; the inscription is quite clear, and it may be a replacement for an inscription that was almost completely effaced. The stonecutter may have misread what was left of the earlier inscription. UPDATE: Commenter Lisa Speranza (see below) points out that a number of burials were moved here from other sites when the Allegheny Cemetery opened, which gives us another possible explanation, though it does not resolve the difference between the inscription and the cemetery records.

The Maria Smith is a quite elaborately and romantically mixed metaphor; a woman (now headless) standing, perhaps weeping, next to a broken classical column, sheltered in a Gothic alcove.