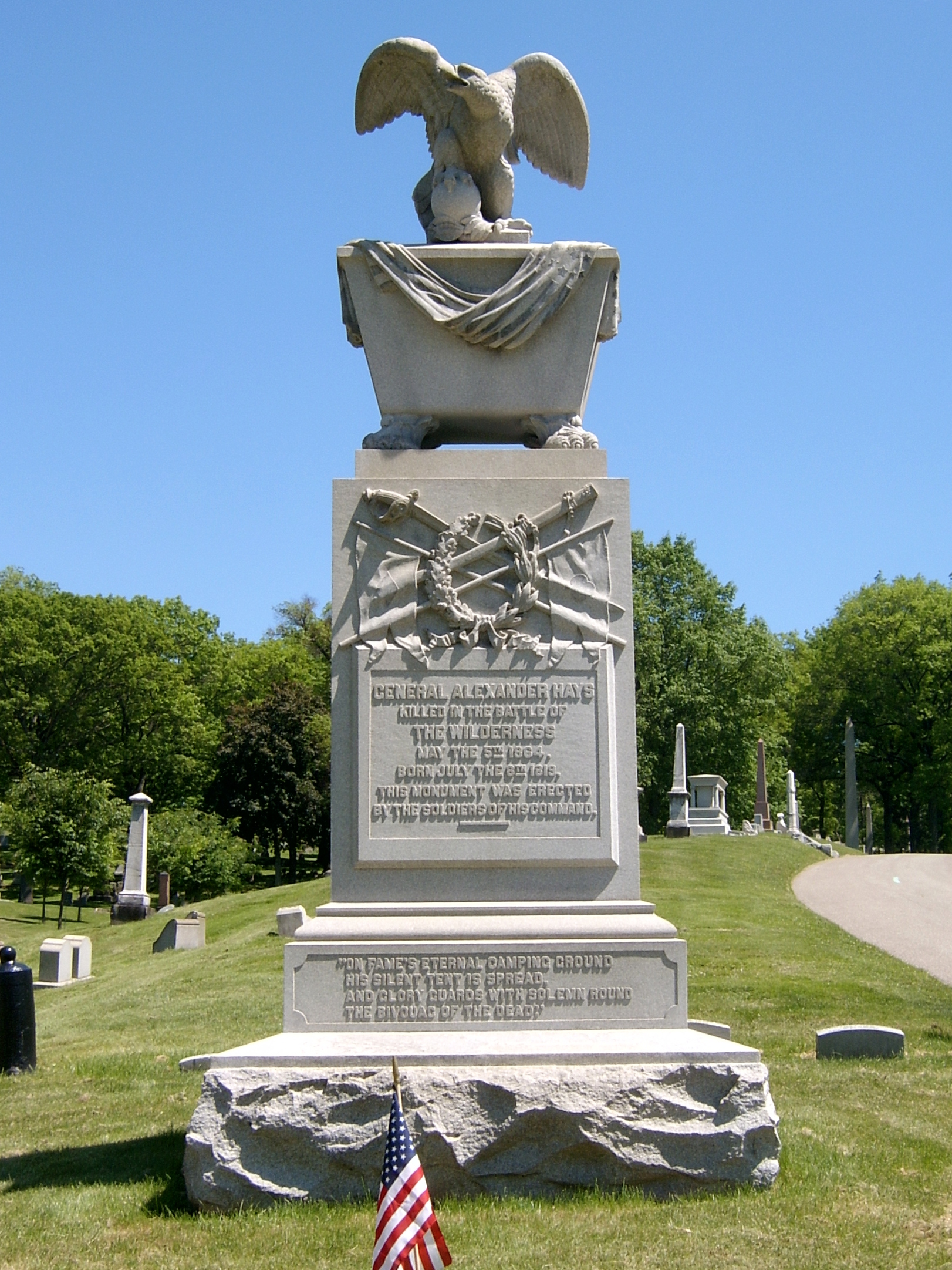 General Alexander Hays was something of a big deal in the Civil War, and we refer you to his Wikipedia article for more details. He died in 1864 at the Battle of the Wilderness. His monument, donated by his men, is a soldier’s monument through and through: eagle on top, crossed swords and banners, victor’s wreath, and the whole plot surrounded by upended cannons. 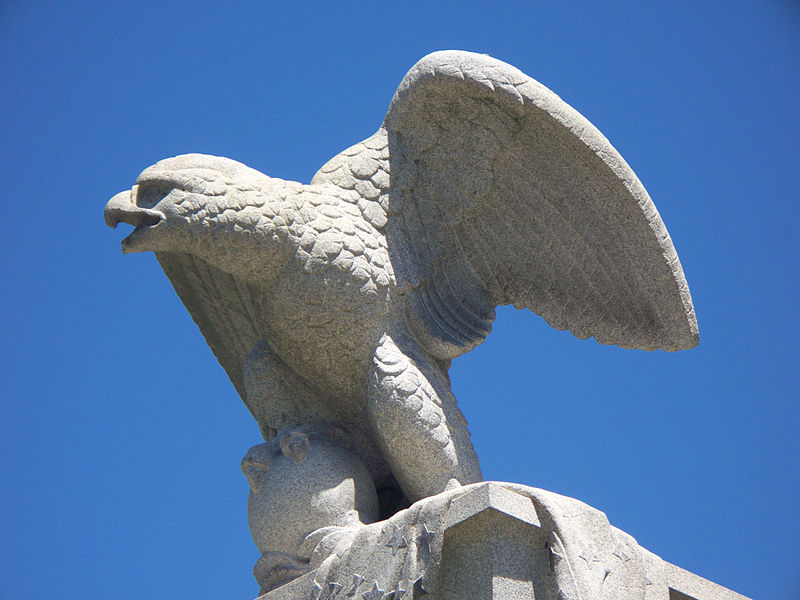 The epitaph is from “The Bivouac of the Dead,” a famous poem by Theodore O’Hara, who fought on the side of the Confederacy in the Civil War. But it was a favorite poem for dead soldiers anyway.