This huge tower of zinc may be the biggest zinc monument in the Pittsburgh area. The zinc monument makers sold statues like these to municipalities all over the country as a relatively inexpensive way to have a very impressive Civil War memorial. Huge though they are, they are built on the same principles as the zinc cemetery monuments offered to ordinary families, with various interchangeable parts that can be mixed and swapped to make any composition you like. This one was donated by the citizens of McKeesport, and it lives up to the monument salesman’s most extravagant claims: here we are, more than a century later, and the thing still looks magnificent. 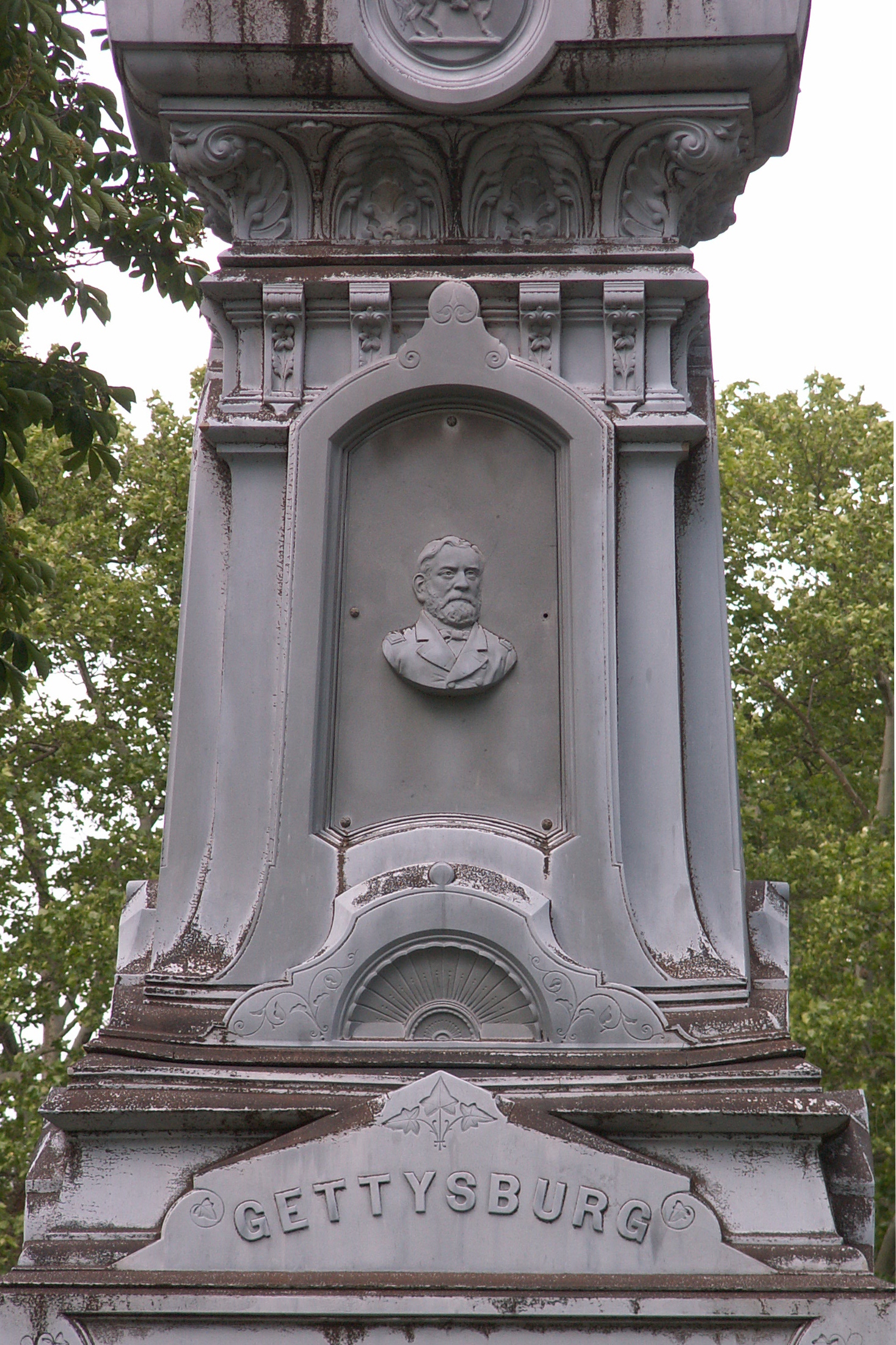