The Ethnic Diversity of the Hill District 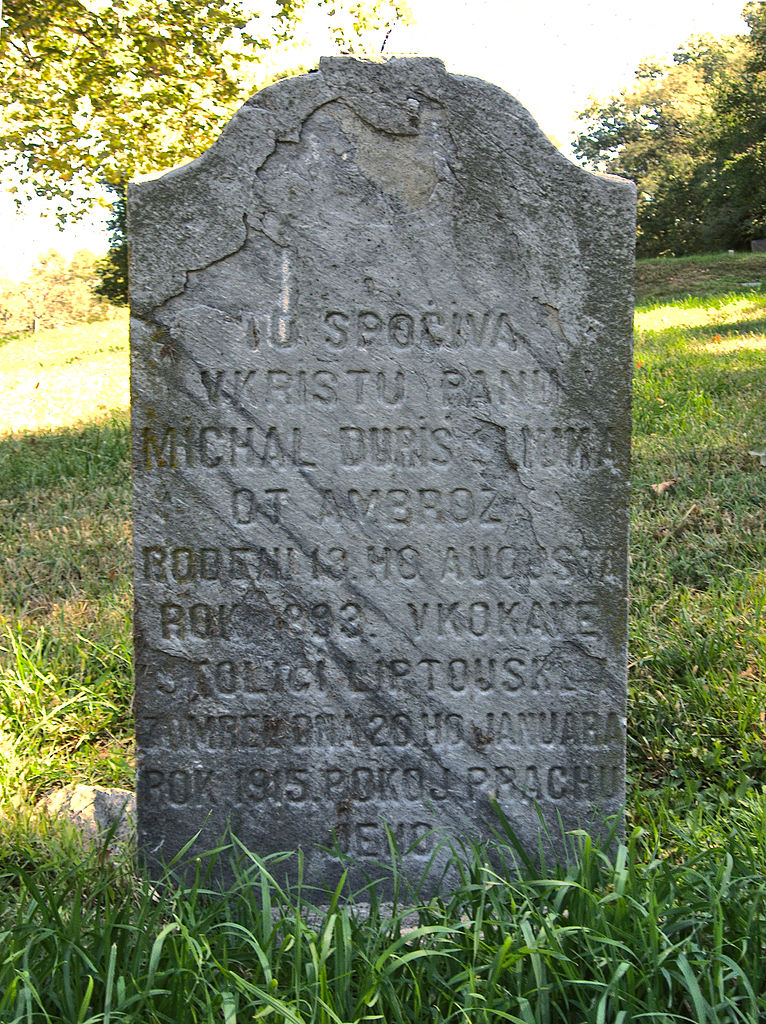 The Minersville Cemetery was the burying-ground of a German Lutheran congregation in the Hill District. But one corner of it is devoted to a wide variety of other ethnic groups. The Hill, which would become the legendary heart of African-American culture in Pittsburgh, was an extraordinary jumble of ethnicities a hundred years ago. The stone above is Slovak; the inscription is regrettably damaged, so that we cannot quite read the full name of the deceased. 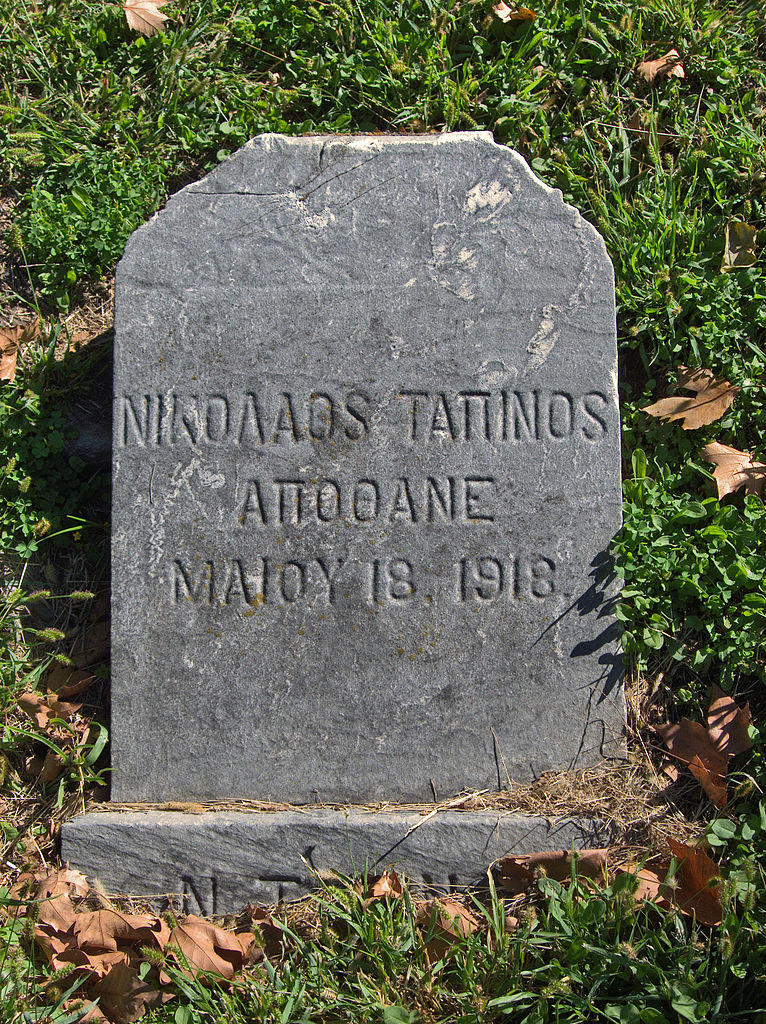 Slovaks were often Lutheran, and might have attended the German Lutheran church; but here is a Greek tombstone for one Nikolaos Tapinos. There are other Greek monuments as well, suggesting that this corner of the cemetery was opened to the Lutherans’ Greek Orthodox neighbors. 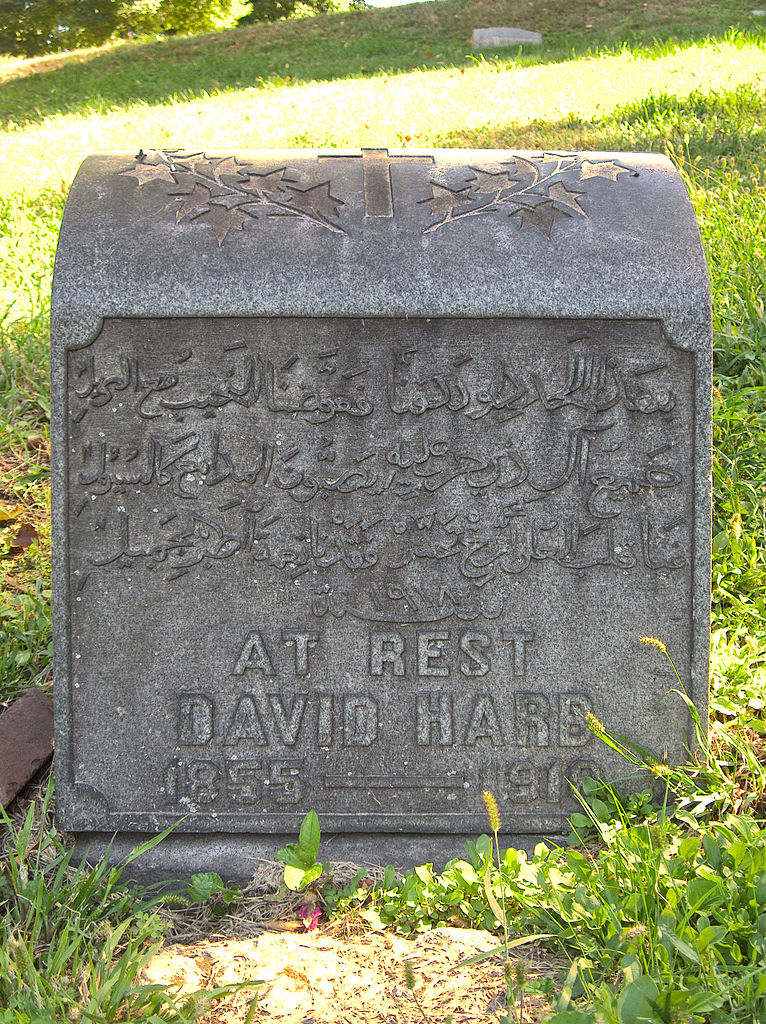 Finally, here is an Arabic tombstone, the only one Father Pitt found in the cemetery. It probably belongs to a Lebanese or Syrian immigrant; there was a considerable Lebanese population in Pittsburgh a hundred years ago. 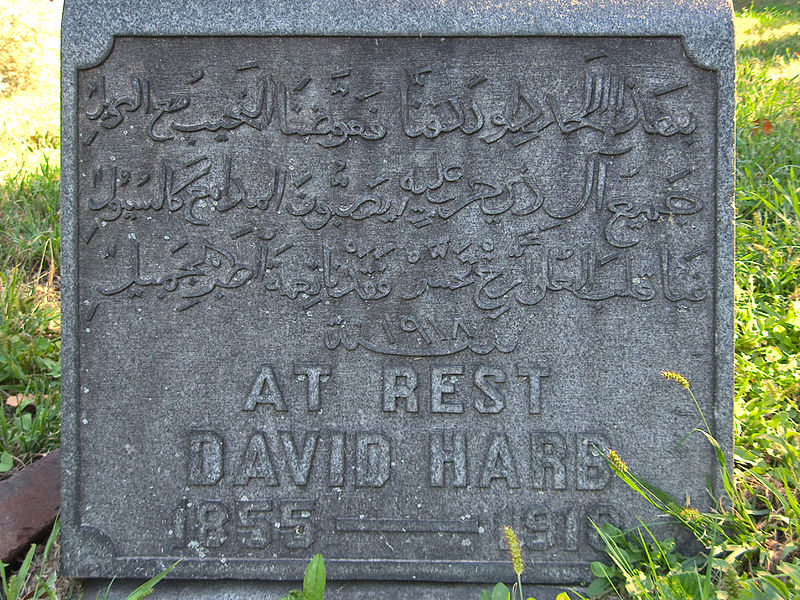 The Hill, which was very crowded and not very wealthy, seems to have been hit hard by the Spanish Flu pandemic. A quick look around the Minersville Cemetery shows a very large number of burials of young adults in 1918 and the next two years.

One response to “The Ethnic Diversity of the Hill District”