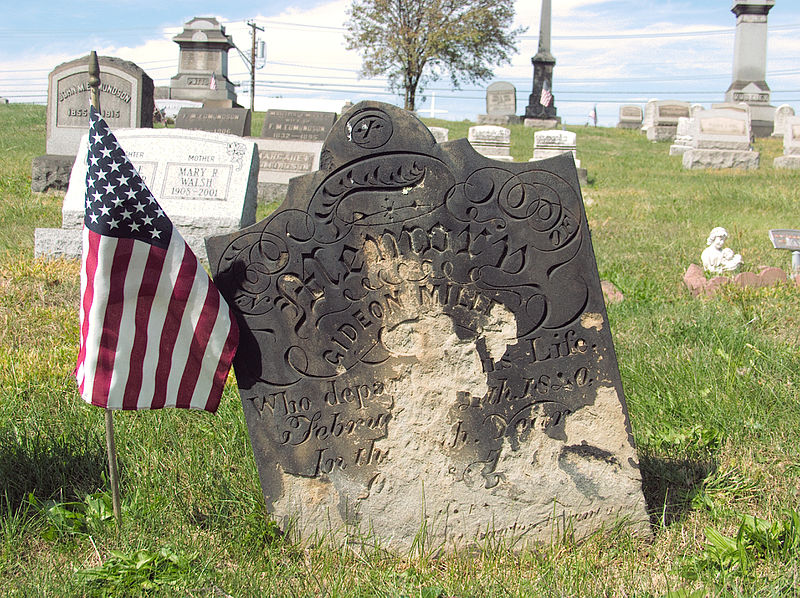 This is one of the earlier burials that were moved from nearby churchyards to Prospect Cemetery in Brackenridge, and it is probably the most artistic early-settler tombstone Father Pitt has yet found in this area. The style is a close and extraordinarily skillful imitation of nineteenth-century decorative penmanship styles, so we shall call this craftsman the Master of the Brackenridge Flourishes. And although Father Pitt admits to using the title “Master” a bit facetiously for some of the other local craftsmen, it is entirely deserved here. 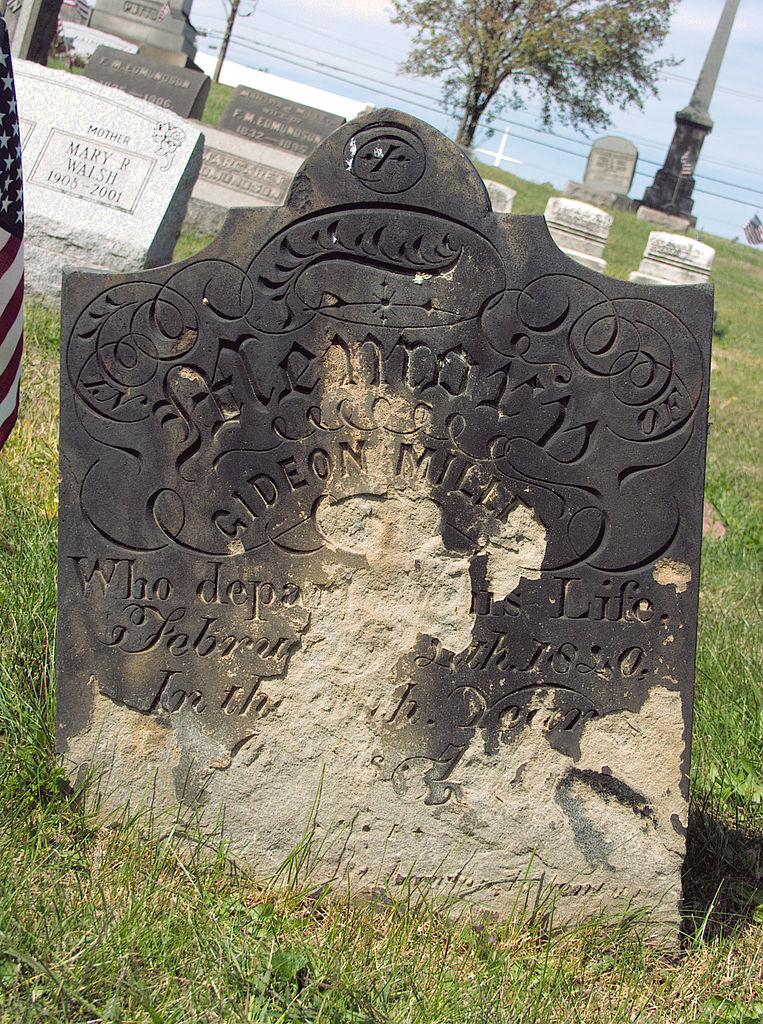 In Memory of
GIDEON MILLER
Who departed this life,
February –th, 1820
in the –th Year
[Of his Age]

The stone may be later than its 1820 date, but it is almost certainly not later than the 1840s. A matching stone beside it, obviously by the same artist, is too badly damaged to read. 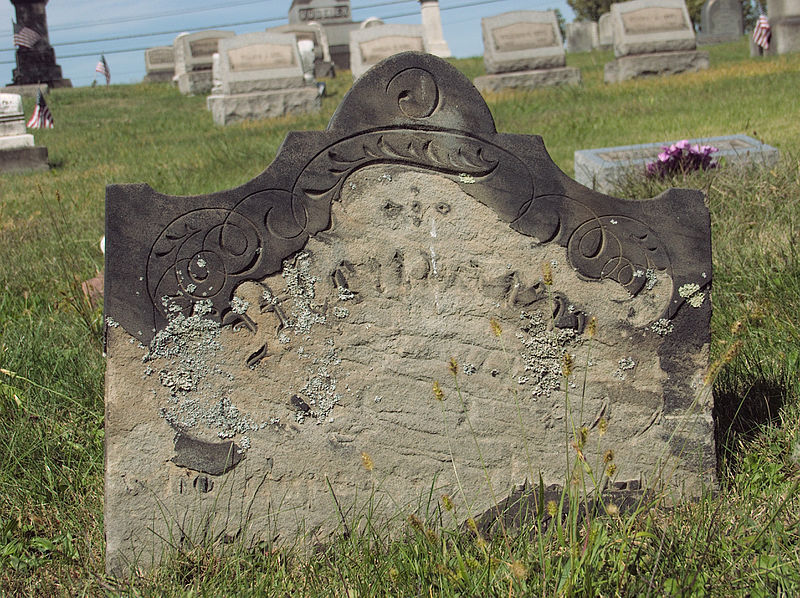