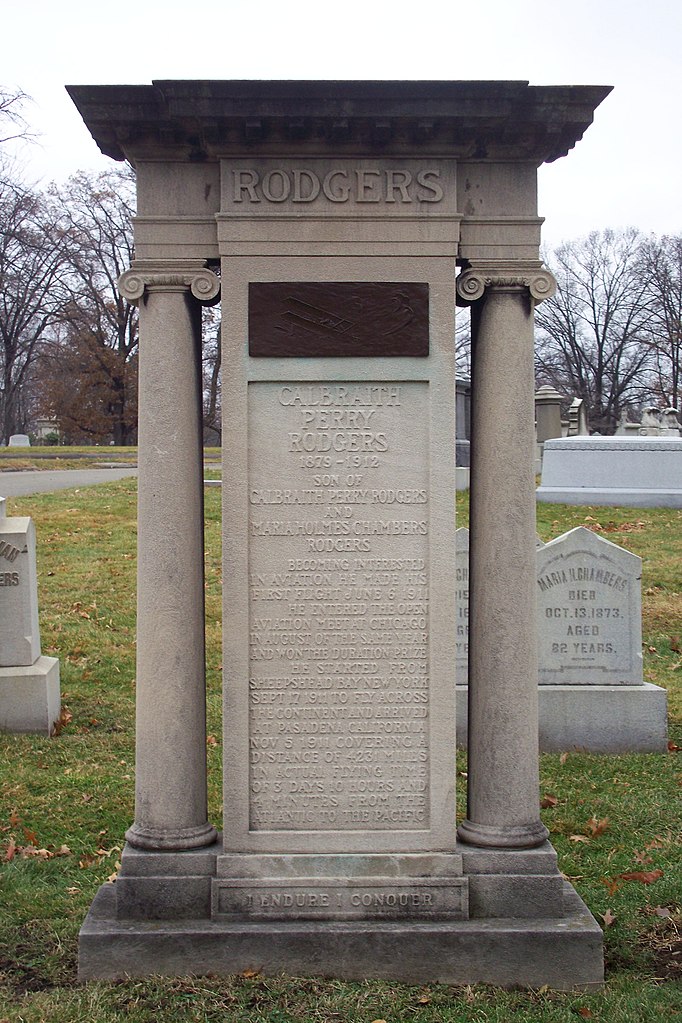 In 1911, Calbraith Perry Rodgers became the first man to fly across the continent of North America, from Atlantic to Pacific—even though he had made his very first flight only a few months earlier. He flew a Wright Model EX biplane called the Vin Fiz Flyer, after the soda pop that sponsored his trip. The plane is immortalized in bronze on this monument (and the plane itself can be seen in the Air and Space Museum, Washington).

This was not a nonstop flight; it would be a long time before planes capable of flying that distance were built. There were 75 stops, of which 16 were technically crashes. But it was an epochal event in aviation; it showed, only eight years after the Wright Brothers’ first flight, that airplanes had matured to the point where practical long-distance travel was possible. The inscription tells the story of the flight.

Only the date of death tells the end of the story: the next year, in 1912, Rodgers became the first man to die in an airplane collision with a flock of birds. Even in death, he was a pioneer.