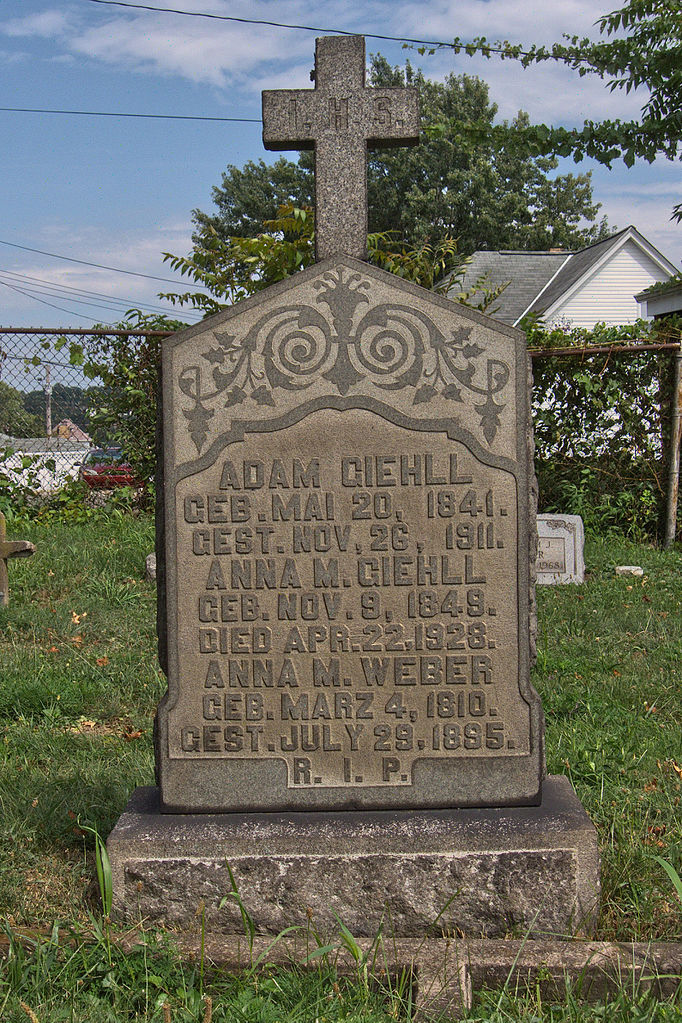 Here is an interesting little document of the American immigrant experience from a small cemetery in the Glendale neighborhood of Scott Township. Father Pitt reconstructs the story this way:

When Adam Giehll died in 1911, his wife Anna M. (Anna Maria? Very likely, since this is a Catholic cemetery) bought a monument with space for his name, her name, and the name of her mother, Anna M. Weber. The birth and death dates of Adam and his mother-in-law were filled in, but—as is commonly done when a living spouse buys the monument—Anna M. Giehll’s death date was left as a blank line, ready to be cut when the time came. (You can see the rougher, less skillful cutting of her death date quite clearly on the stone.)

So far the whole thing is written in German. But when Anna M. Giehll died sixteen and a half years after her husband, her death date was filled in in English—the only line of English on the stone.

For this German Catholic family, then, the line between German and English was somewhere around the First World War—which is hardly surprising. Probably the children of Adam and Anna spoke English as their first language. This is the pattern Father Pitt sees in current immigrants to Pittsburgh: the first generation speaks the language of home and only broken English, but the second generation grows up speaking English and is perhaps only marginally fluent in the parents’ language.