In  spite of the damaged statue, this is an unusually beautiful monument, and the inscriptions are very good examples of German stonecutting in Pittsburgh. 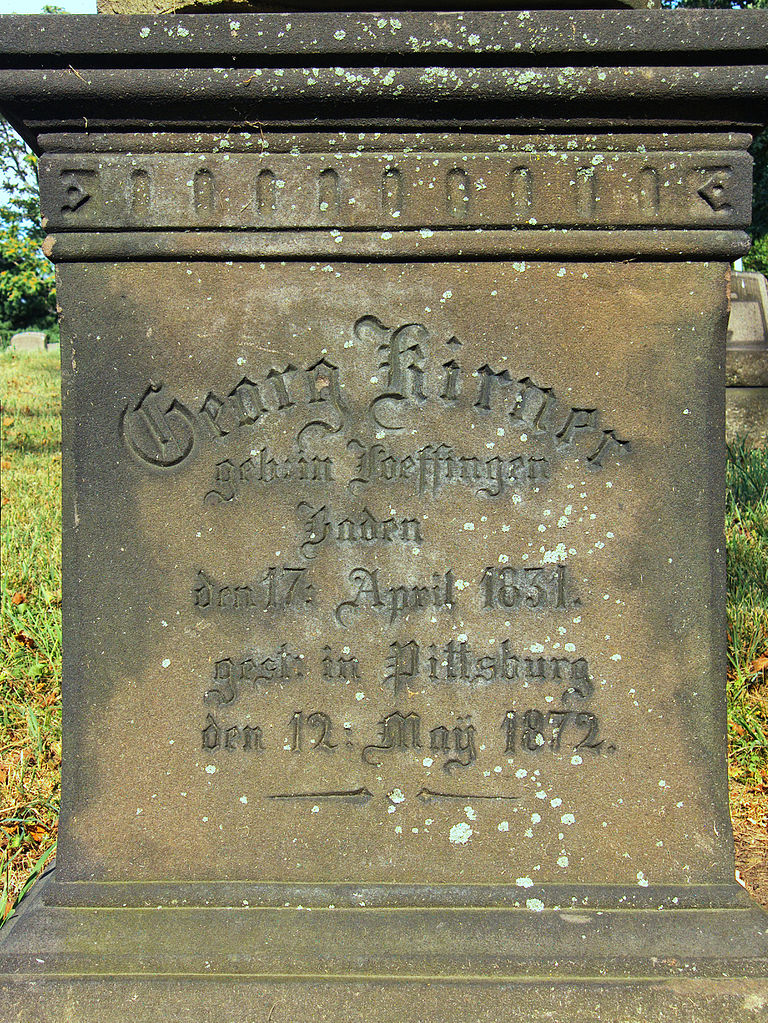 The language does not seem to be standard German (note, for example, the spelling “Maÿ” rather than “Mai”). Is it some Alemannic dialect? Perhaps someone more familiar with German can help old Pa Pitt by identifying the dialect and translating the other inscriptions:

In his transcription, Father Pitt has made the assumption that a horizontal line over an N or M doubles the letter. 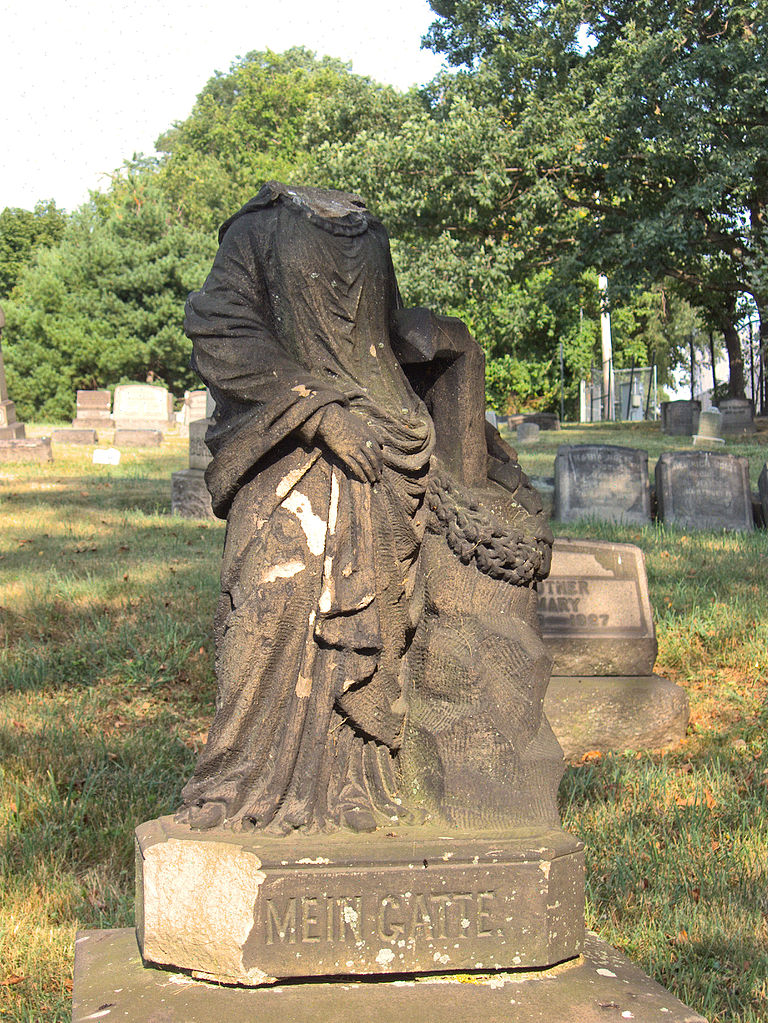 The base of the statue is marked “Mein Gatte” (“My  Husband).” The statue is probably ordered from a monument-dealer’s catalogue, with the simple Gothic letters already on the base. They are not nearly as elegant as the beautiful lettering by the local stonecutter.