The indoor mausoleum in Allegheny Cemetery was built in 1960 (or 1961, according to the Web site). The architects were Harley and Ellington. It’s now called the “Temple of Memories,” and it’s worth a visit even if you don’t like cemeteries all that much. It’s filled with striking stained glass from the Hunt and Willet studios, and it has a considerable collection of paintings by academic painters of the late nineteenth century that were probably nearly worthless when they were donated, but are coming back into fashion again. But what charms Father Pitt most is that the place is a time machine through which one can enter the early 1960s. Even though it has been expanded since then, the whole mausoleum has an early-1960s atmosphere, complete with appropriate piped-in music. One wanders among the dead feeling more like one of them than like one of the living. 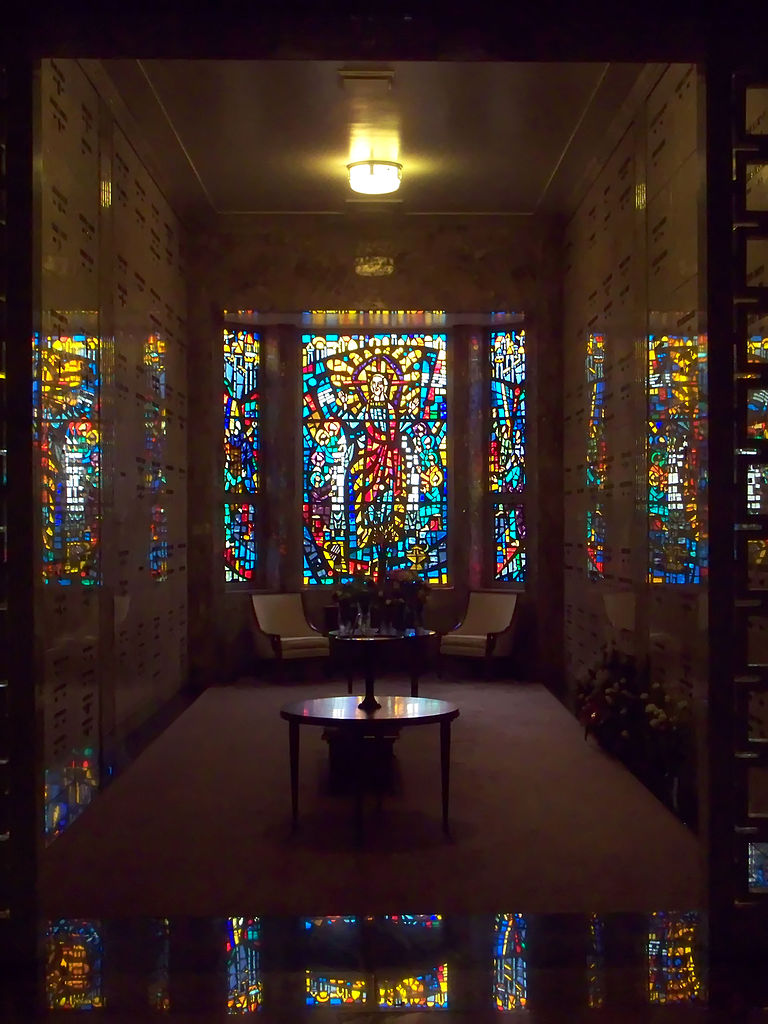 We’ll be seeing a selection of pictures of the stained glass in here over the next few days.