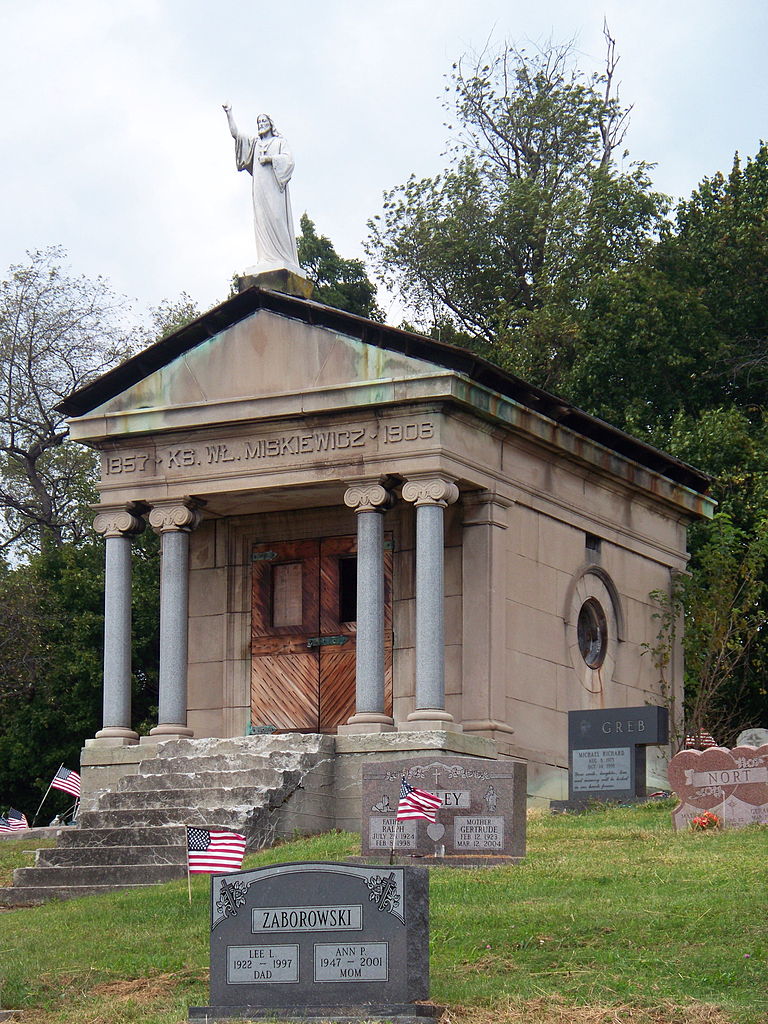 There is one splendid mausoleum in St. Adalbert’s, a Polish Catholic cemetery, and it stands out not only for being the only one in the cemetery, but also for not closely resembling any other mausoleum in Pittsburgh. It looks as though it was built by Polish craftsmen who decided they could build a mausoleum as well as anybody, and went ahead to prove that they could. The result is a style that is hard to describe, so Father Pitt will go ahead and name it “Polish Ionic.”

The wooden doors are not original; as usual, the bronze doors were stolen (a fine picture of the original doors is here). One wonders how it is possible that metal recyclers ask no questions when scruffy-looking men bring in huge bronze doors on the back of a broken-down pickup. At any rate, someone deserves great credit for replacing the doors rather than simply bricking up the entrance with concrete blocks, as has been done to nearly all the mausoleums in the South Side Cemetery next door. Old Pa Pitt would not have chosen the diagonal boards, and he would have painted the doors verdigris color. 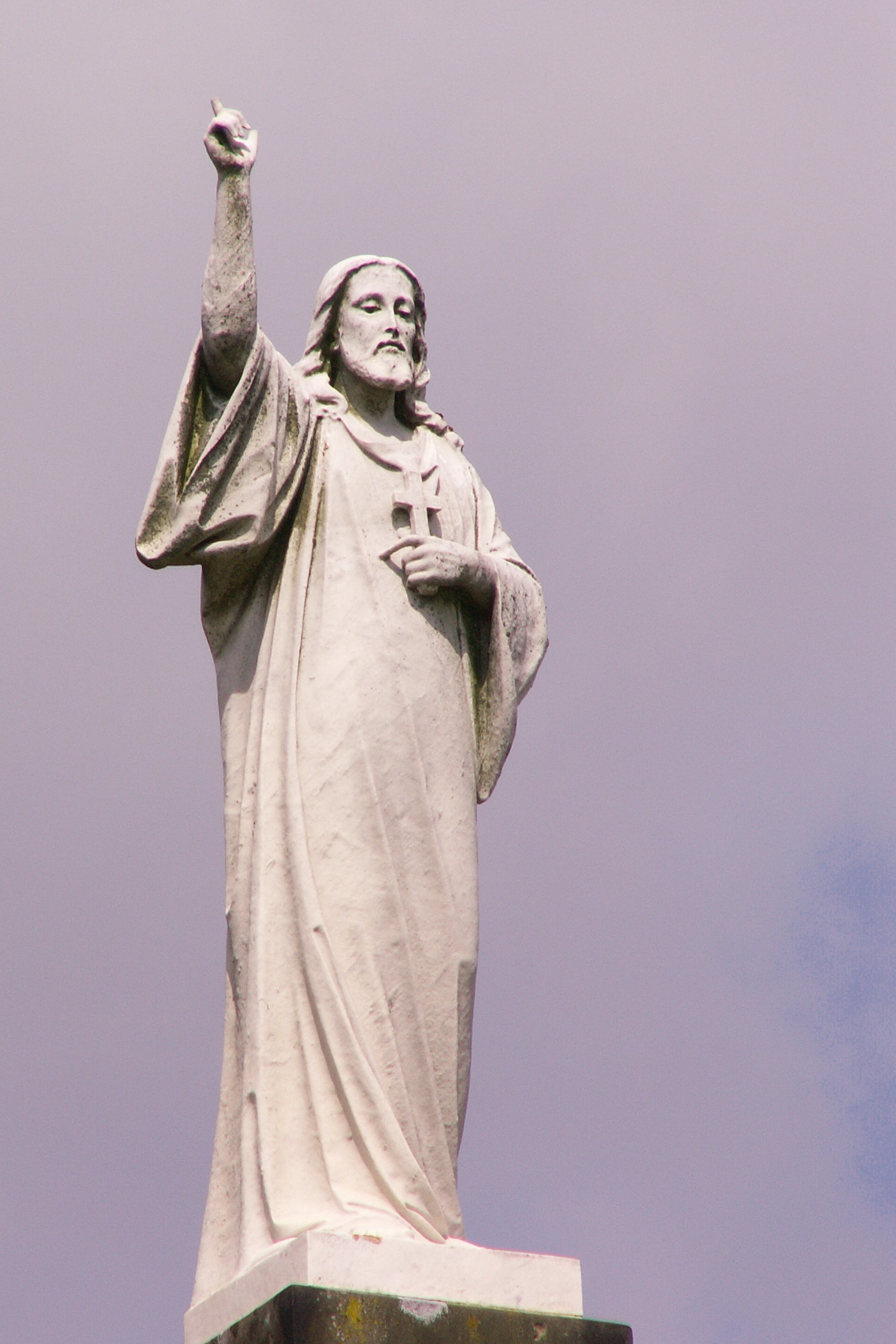 The Polish language is mysterious to Father Pitt, so he does not know what the initials Ks. Wł. stand for. There are no records for St. Adalbert’s Cemetery. According to the Carrick and Overbrook Wiki, “The caretaker, who was fired, took all the records with her and either destroyed them or kept them. She has since died and the records are gone.” That Wiki page also has pictures of the beautiful gate that was removed only a few years ago. 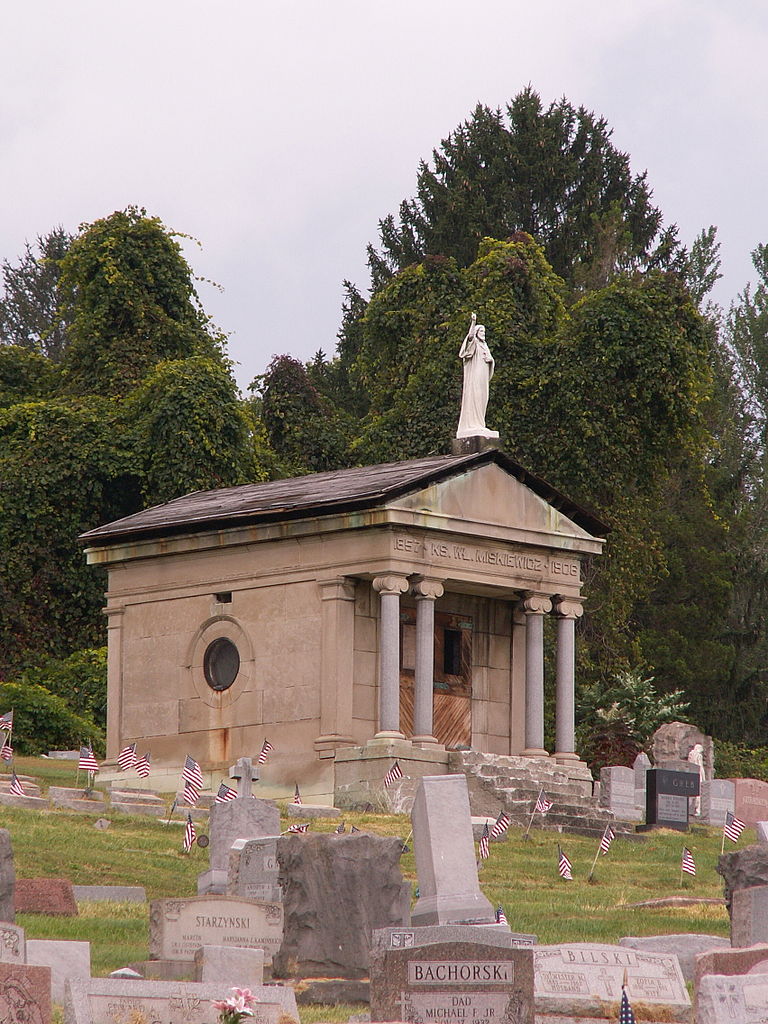