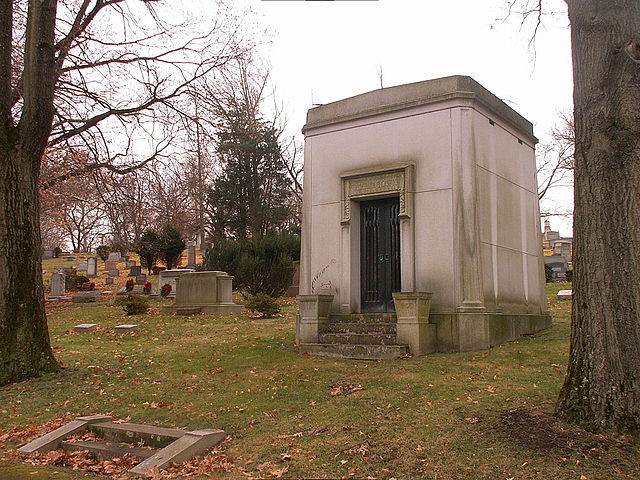 A cube-shaped 1920s mausoleum (Mesta died in 1929) with fine Gothic details. The stained glass is notable for the clever effect that produces the rays of the setting sun.

We suspect that Frederick was a brother of George Mesta, whose Egyptian mausoleum is nearby. Frederick’s name appears on a 1911 patent that “relates to the turning of metal in connection with a rolling mill,” so he was apparently also in the metalworking business.