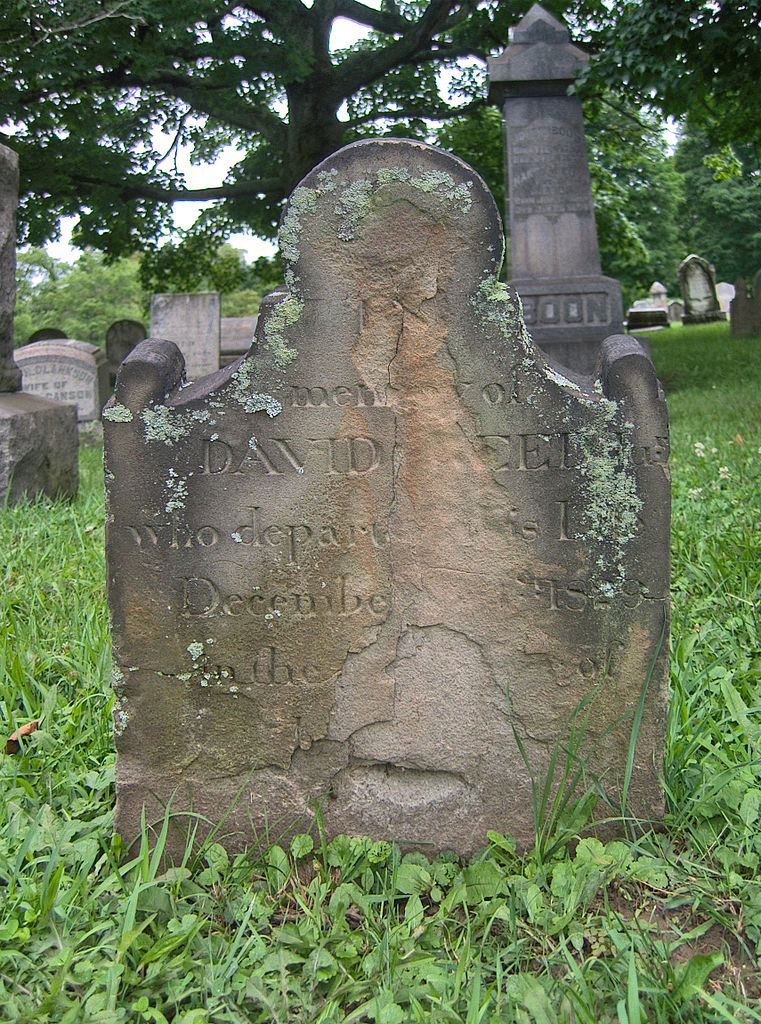 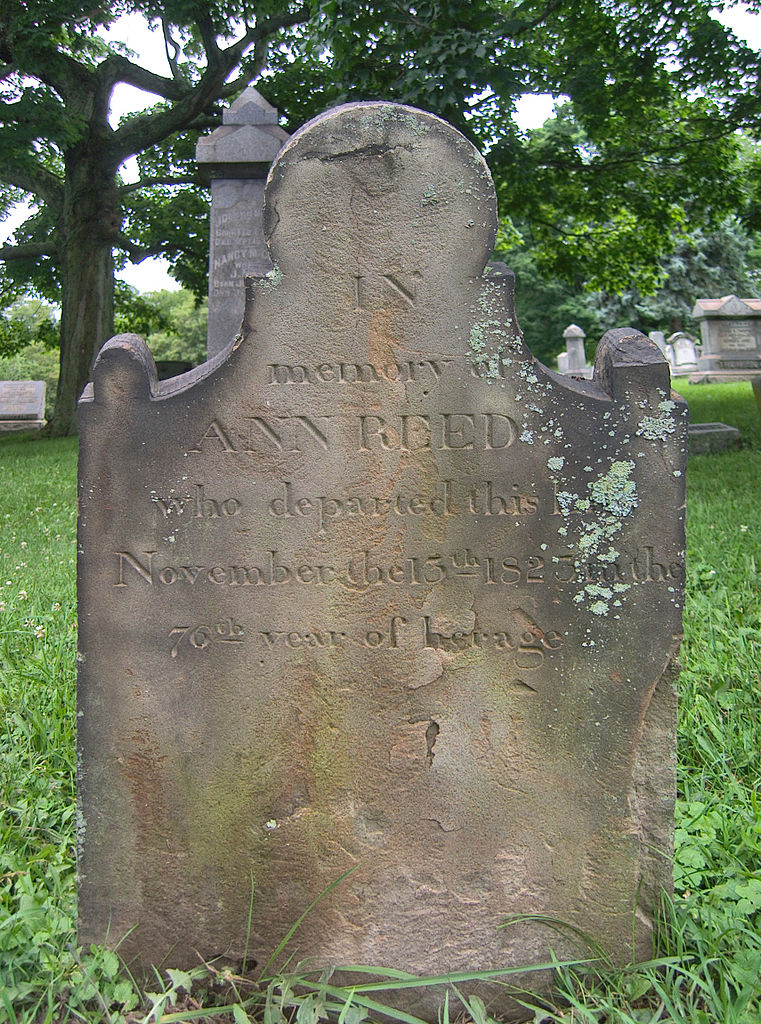 David Reed was one of the early settlers in the Canonsburg area, according to the cemetery’s Web site; we know that he was here by at least 1779. He hosted George Washington at his house, which was awfully considerate of him, considering that Washington had come to take his house away. George was a big-time real-estate speculator, and he had claimed huge tracts of land in what was, to him, Augusta County, Virginia. (The area south of the Ohio River was still fitfully disputed between Virginia and Pennsylvania until after 1800.) The Reeds and many other settlers had moved here on the strength of other claims to the same land, and politely told Washington they would await the decision of the court. Courts ultimately ruled in favor of Washington, but the settlers moved only a short distance, close enough to walk to their little log church and be buried in its churchyard.

Ann’s tombstone is well preserved; David’s is damaged, but enough of the inscription remains to tell us that he died in December of 1829, fifty years after his first appearance in the records as an elder of the church.