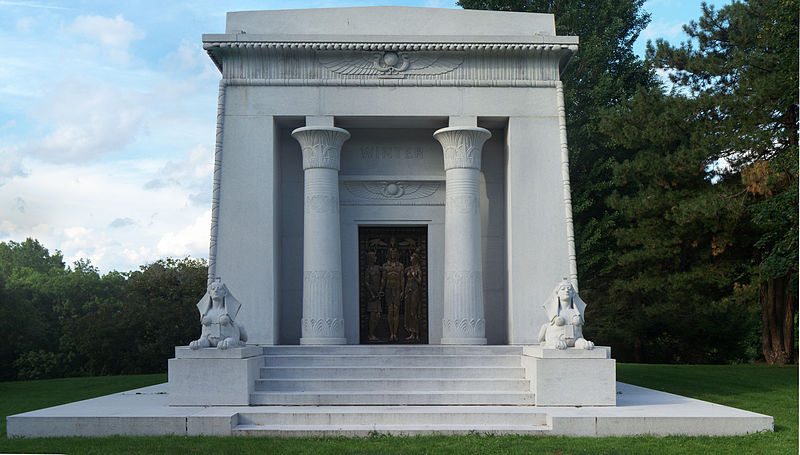 The composite picture above is more than 75 megapixels. Expect about 22 megabytes of data if you click on it.

This is without a doubt the most spectacular Egyptian mausoleum in Pittsburgh. All the usual Egyptian elements are here, but the Winter mausoleum (1930)—whose colossal scale is hard to convey in a photograph—adds its own unique accessories. John Russell Pope, the famous beaux-arts architect, designed this mausoleum for banker Emil Winter—but “designed” is not really the right word here. The Woolworth mausoleum in Woodlawn, the Bronx, is nearly identical; Winter apparently saw it and told Pope “I want that,” and Pope gave it to him. 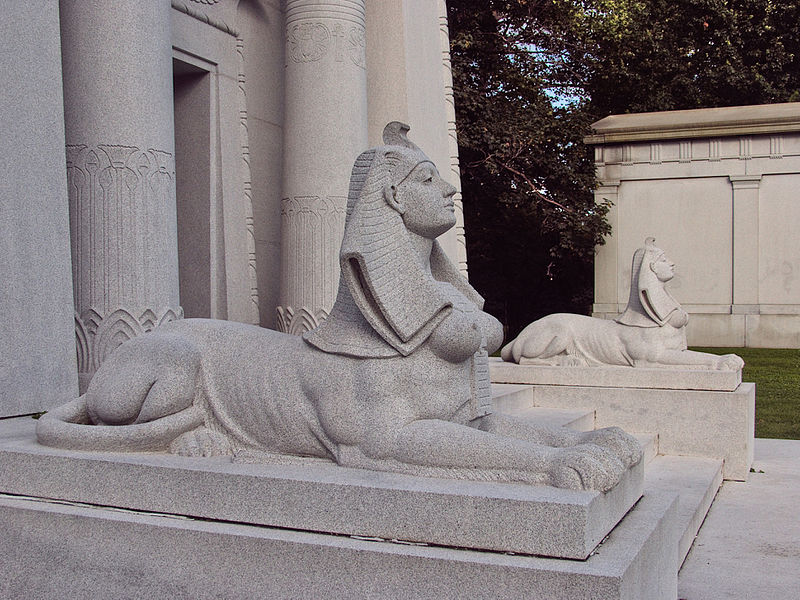 Mr. Winter’s amazing sphinxes bear an expression that old Pa Pitt can only describe as “snooty.”

The bronze door depicts Mr. Winter himself, large as life and in full Pharaonic regalia, about to set off for his journey into the afterlife. Even this is identical to the bronze door of the Woolworth mausoleum, except for the substitution of Mr. Winter’s face.

Inside is a stained-glass window that reminds Father Pitt of cheap illustrated Sunday-school handouts, showing Mr. Winter properly enthroned. (It was devilishly hard to get a picture of this window, because the front doors are actually backed by a mesh screen. This was the best old Pa Pitt could do.) 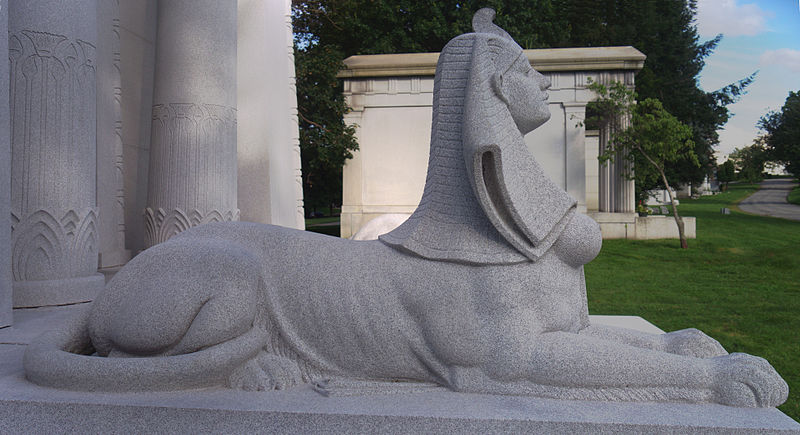 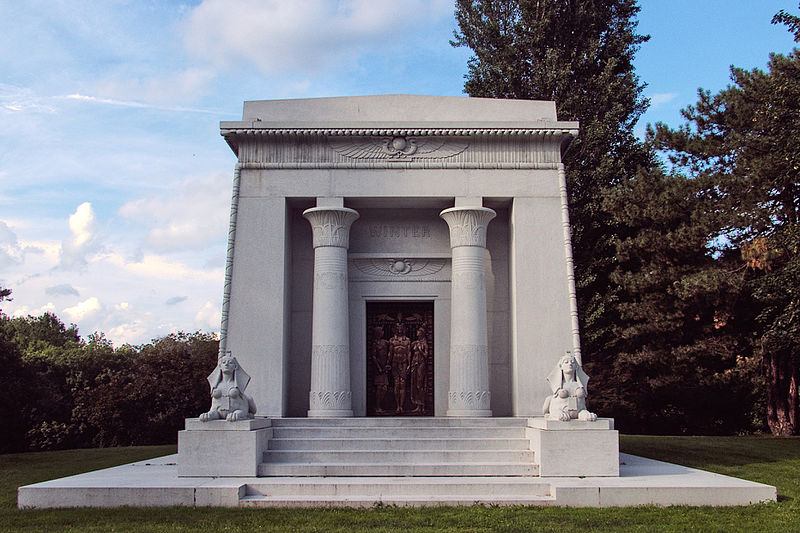