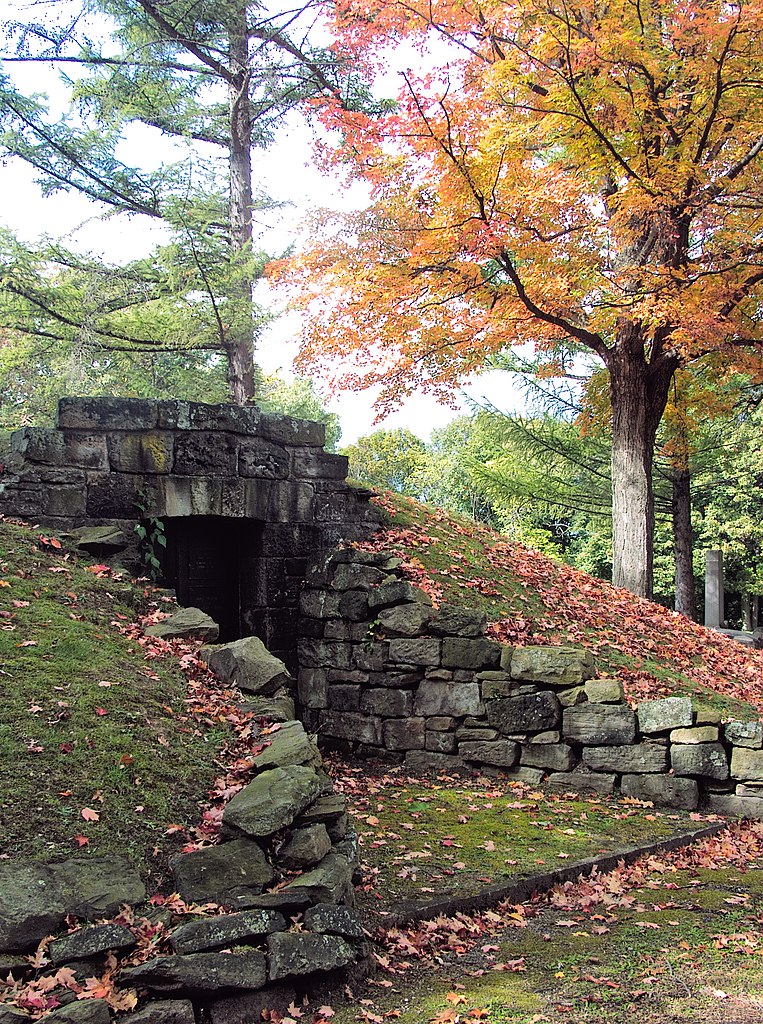 In-ground burial vaults like this had gone out of fashion in most of our cemeteries by the late nineteenth century, but there are two later ones in the Highwood Cemetery. This one, with its rustic stone, is indescribably picturesque and looks like a relic of some vanished ancient culture, but it probably dates from about 1880. 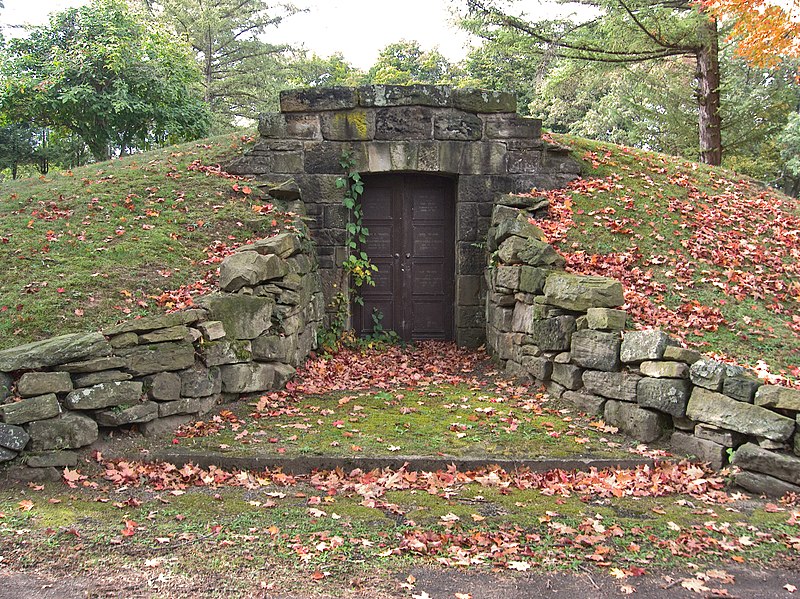